80 Books No.51: Once Upon a Prince by Rachel Hauck A Monster Calls inspired me to high emotion due it its sheer brilliance. There are a lot of books I've felt quite ambivalent about this year and sometimes struggled to write a very engaging post about.

This is not one of those books.

Once Upon a Prince has driven me to high anger. So much so that I was breaking off between reading paragraphs in order to tut, groan, sigh disgustedly or exclaim 'oh for God's sake!' How I got through it in the end is almost beyond me, except I shamelessly skim read the last seventy pages in a desperate desire to move onto something, anything which wasn't this embarrassing mess.

Admittedly the title and premise never promised anything Nobel prize winning. It is, after all, essentially the Julia Stiles film The Prince and Me with slightly older characters and no Ben Miller. Whenever I wonder what happened to Julia Stiles, The Prince and Me should probably be a heavy clue, but I enjoy it for what it is: pure escapism. The storyline is improbable and ridiculous, but somehow manages to be superior to Katie Holmes's First Daughter which shares some similar themes.

So the pretty awful title and premise wouldn't have put me off in themselves. Even the first couple of chapters didn't put me off. The point at which my eyes first rolled up to the heavens was when the prince was revealed as being the prince of Brighton Kingdom. Like, what? Brighton? Had this writer never heard of the place in England or was this some kind of terrible in-joke? Whatever it was, it was horrendous and made me tut every time I came across it.

I read on a bit and then hit the point where almost every page had some reference to how God was guiding Susanna and Nathaniel through things. Now I'm far from anti-religious, but this was just too much. At the moment when Susanna tried to explain to the paparazzi that they hadn't been doing anything naughty in the church overnight but had 'spent the night in worship and prayer', I just about vomited in my own mouth for her sanctimonious stupidity. I mean, they had spent the night in worship and prayer, but this supposedly intelligent woman of twenty-eight was expecting the gutter press to believe this? What planet was she (or the writer) living on?

The careless name dropping of 'William and Kate' on several occasions was pure tackiness. I like the Royal couple as much as anybody but this was cheap and nasty. The author's own assertion at the end that she was inspired to write the story by their wedding puts unfair blame upon them for this travesty of 'literature' and besides, she wasn't inspired by that: she was inspired by 2004's The Prince and Me and needs to realise her ideas are about as original as mine.

And then came the hideous ending to the story, which I won't even apologise for spoiling because this book spoils itself by its own existence. The novel had reminded the reader repeatedly that, even if Susanna could ever open up her heart to Nathaniel properly (which she was finding difficult due to some unknown traumas in childhood), they could never marry as Susanna was American and not Brighton-born. This went on and on and on... until suddenly Nathaniel realised he was now king and could suggest this law was changed - and there was no opposition! Not a single person said 'hang on, you're changing laws to suit yourself and not considering your country which the law was designed to protect and for a generally pretty good if archaic reason'. This is basically how Disney's Aladdin ends, but Aladdin is for children and Once Upon a Prince is for adults, and basically Rachel Hauck needs to have a word with herself and get real.

Contender for worst book of the year. And this seems to be part of a series?! I need to look at this picture to calm my blood pressure. Here's a proper prince. 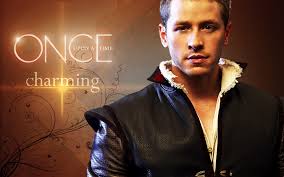